Demand for UAS pilots remains a challenge for US military 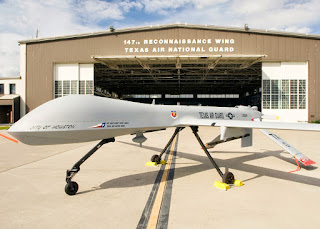 The demand for unmanned aerial systems (UAS) has grown dramatically in the last decade to support combat operations. In response to the increased demand for UAS, over the last eight years the Air Force has more than quadrupled the number of UAS pilots that it requires, from about 400 in 2008 to close to 1,650 in 2016. However, the Air Force has faced challenges meeting its UAS pilot requirements. The Commanding General of the Air Force’s Air Combat Command testified before the Senate Armed Services Committee’s Subcommittee on Airland in March 2016 that the Air Force had a shortage of about 200 UAS pilots. Meanwhile, the Army has faced a different challenge in managing its UAS pilot workforce—keeping the UAS pilots trained. A March 2015 Army review found that UAS mishaps were occurring at a rate higher than for other types of Army aircraft and Army officials stated that training shortfalls had contributed to these mishaps.

In April 2014, an Air Force investigation board found by clear and convincing evidence that the cause of a MQ-1B Predator drone accident was low-level wind shear during a critical phase of landing, and the pilot's lack of training in landing operations. The MQ-1B impacted a runway at Creech Air Force Base in Nevada.

The Air Force and the Army primarily rely on military servicemembers to serve as UAS pilots, although both services augment their UAS pilot workforce with contractors. In the last two decades, Air Force and Army UAS platform capabilities and missions have evolved.

For example, the Air Force initially used the MQ-1 Predator to perform intelligence, surveillance, and reconnaissance missions before adding weapons to the Predator and acquiring the MQ-9 Reaper, which can perform strikes, combat search and rescue, and close air support, among other missions and tasks.

I assume the "pilots" for the unmanned airplanes are operating them from the ground. Can they also be directed from another airplane or a ship.