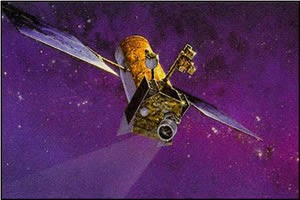 Known as the W/V-band Satellite Communications Experiment (WSCE) program, “specifically, the objective is to statistically characterize channel propagation effects in the V (71 - 76 gigahertz) and W (81 - 86 GHz) frequency bandwidths of the electromagnetic spectrum,” the AFRL said in the BAA. “Channel propagation effects can include, for example, signal attenuation, phase dispersion, and depolarization. It is necessary to correlate the long-term channel behavior to atmospheric and meteorological parameters. Measured data will be used to develop and validate modeling and design tools that can be used to design and assess future military satellite communication architectures.”

The Air Force invites companies interested in participating in the research to submit a proposal to the AFRL at Kirtland Air Force Base by Feb. 7. The Air Force anticipates awarding a minimum of one contract. Anticipated period of performance is approximately 108 months.

Cost of the overall WSCE program is estimated to be $30 million. The initial task order is estimated to not exceed $2 million.
Posted by Keith Stein at 11:25 AM No comments:

US paid estimated $8.2 million to transport VIPs for Mandela funeral 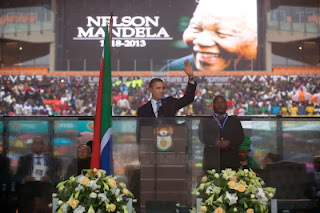 The U.S. Embassy in South Africa paid an estimated $8.2 million for vehicle transportation services so VIPs could visit Pretoria and Johannesburg to attend the funeral for Nelson Mandela, according to contract documents released Dec. 17 through the Federal Business Opportunities website.

“Vehicle types included passenger vehicles, SUVs, vans, and buses, as well as supplies and good vehicles such as pickup trucks, box trucks, and larger capacity vehicles,” the Department of State said in a "Justification and Approval" contract document. “The maximum estimated cost is $8,286,194.74.”

“Two vendors have been identified as being most suitable to meet U.S. government needs: Europcar and Kwathlano,” the State Department said. “The U.S. Embassy will contract with both vendors.” 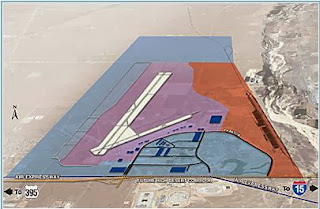 The Air National Guard (ANG) is seeking a contractor capable of providing chase plane services in support of unmanned aerial vehicle flight operation at the Southern California Logistics Airport in Victorville. The chase plane will help ensure the safety of non-participating manned aircraft flying in the operations area. “Frequency of requirement is five days per week plus one weekend per month,” the ANG said in contract documents released Tuesday through the Federal Business Opportunities website.

Aircraft requirements:
The contract is for one year with the possibility of additional option years.

“The full solicitation for this requirement is expected to be posted Jan. 8,” the ANG said.

Since 2008, Delta has removed or retired more than 350 aircraft from its fleet including 50-seat CRJ-200s; Saab 340s and DC-9s; while adding economically efficient, proven-technology aircraft such as the Boeing 777-200LR; two-class, 65 and 76-seat regional jets and variants of the 737 and 717, largely on a capacity-neutral basis.

The DC-9 retirement comes just months after Delta began taking delivery of its orders of 88 Boeing 717-200 aircraft and 100 Boeing 737-900ER aircraft, which began entering service in October and November, respectively. Each aircraft features a First Class cabin and slim-line seats throughout Delta's Economy Comfort and Economy cabin along with Wi-Fi connectivity and in-seat power ports. Additionally, the Boeing 737-900ER offers on-demand entertainment throughout the cabin. Delta also recently announced its order for 40 Airbus aircraft including 30 narrowbody A321s, which will begin to be delivered in 2016.

Delta was the launch customer for the original 65-seat version of the DC-9 in 1965 as the airline replaced propeller aircraft on high-frequency, short-haul domestic routes. The twin-engine plane was removed from the Delta fleet in 1993, but larger variants reentered service following the merger; those aircraft joined Northwest after it acquired Republic Airlines in 1986. Delta has flown a total of 305 DC-9s since 1965.

To acknowledge the DC-9's retirement, the last flight has been tagged DL2014 noting the final year of service, while the preceding flight operating from Detroit to Minneapolis/St. Paul will be flight DL1965, the aircraft's initial year of service.

MGM Resorts another step closer to new casino in Massachusetts 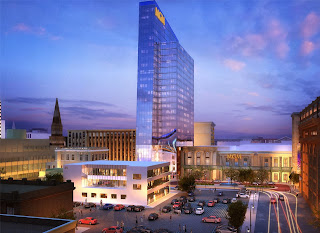 MGM Resorts International received a unanimous vote Monday from the Massachusetts Gaming Commission (MGC) finding the company a suitable candidate for a casino license in the commonwealth. The decision moves MGM Springfield another step closer to being awarded the sole license to operate a destination resort casino in Western Massachusetts.

The next step in the licensing process for MGM is the submission of its full license application, which is due to the MGC by Dec. 31. Following that submission, MGM will be required to present its proposal in a public hearing before the MGC. That presentation will be followed by two community public hearings, one in Springfield and one in an abutting community. Details of those meetings, including dates and locations, are expected to be set soon for January and February.

For nearly two years, MGM officials have been working with Springfield's community and business leaders, stakeholders and residents to gain understanding and support for MGM Springfield.

MGM Springfield, an approximately $800 million resort, is proposed for 14.5 acres of land between Union and State streets, and Columbus Avenue and Main Street.