What happens when a drone gets ingested by an aircraft engine, FAA ready to conduct live test 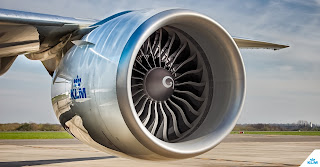 The inclusion of large numbers of small Unmanned Aircraft Systems (sUAS) into the National Airspace System (NAS) may pose unique hazards to other aircraft sharing the airspace. It is necessary to determine the potential severity of sUAS mid-air collisions with aircraft in order to define an Equivalent Level of Safety to manned aviation.

The project is titled, “High-Bypass Turbofan UAS Engine Ingestion Test,” according to contract documents released Friday. This project encompasses the final research phase which is a live engine ingestion test.

“Understanding the severity of the ingestion event is critical to be able to estimate the extent of damage encountered in a typical incident/accident,” the FAA said in a Performance Work Statement released Friday. “To aid in the longevity of the information gathered during this effort, high fidelity data gathering, instrumentation, and model validation is crucial for future FAA regulatory and policy development surrounding safe UAS integration (here throughout to include sUAS) into the NAS.”

The FAA Reauthorization Act of 2016 states that “in continuation of ongoing work, shall coordinate a program to conduct comprehensive testing or modeling of unmanned aircraft systems colliding with various sized aircraft in various operational settings, as considered appropriate by the FAA, including subpart (4)(D) Collisions between unmanned aircraft systems and various parts of an aircraft, including an engine.” Congressional Mandate, H. R. 636 – FAA Extension, Safety, and Security Act of 2016, Section 2212 states, “in testing and providing a final report detailing the overall risks associated with, and the underlying data and analysis for an actual UAS ingestion into a representative mid- to high-bypass gas turbofan engine of current commercial airliners.”

As sUAS become more prevalent in the NAS, proper integration is necessary to help prevent collisions between both unmanned and manned aircraft. In the final phase of this research, this work effort is intended to provide high-fidelity data from the actual ingestion of a market-representative sUAS into a commercial airline mid- to high-bypass gas turbofan engine, with a diameter of approximately 62 inches.

As sUAS operations become closer in proximity to manned aviation operations, specifically around airports, this effort will investigate the ingestion event representative of incidents occurring during the landing and takeoff phases of flight for a commercial airliner. This work effort is intended to identify the risks and recommend manufacturing best-practices for sUAS manufacturers, and inform the FAA on the potential outcome of an ingestion event.

The FAA is working on a timeline to award contracts and move forward with the live ingestion test.
Posted by Keith Stein at 2:06 PM

I'm placing my bet that it will stuff up the engine.

Iagree. You cannot put something the size of(say) a p4 battery through an engine and not expect to break off at least one fan blade. I imagine the engine would do a dance, and likely rip itself out of the airframe. Hitting a turboprop blade would almost certainly do the same thing. Sudden, huge, Unbalanced forces are not what rotating machinery is designed for.

Great information, Glad to find your article. It was quite beneficial and useful for me to understand about this.


IMO - I am guessing an engine manufacturer's test stand is the best place, as they have containment for exploding engines.
GE@Evendale or Pratt & Whitney or others. I agree it may cause serious damage. Looking forward to the results. Hope it never happens.