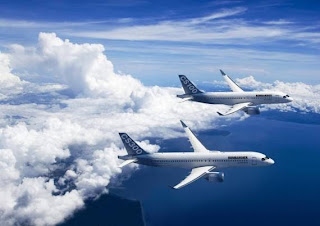 Bombardier Aerospace confirmed Wednesday that the integration of the CSeries' auxiliary power unit and Pratt & Whitney engines on the first flight test vehicle (FTV1) is running smoothly. The company also confirmed that the latest software upgrades on the aircraft continue to be successfully completed; however, the highly technical last steps are taking more time than initially anticipated to validate the overall systems and ongoing software integration. First flight is expected to occur in the coming weeks, the company said in a press release.

“We have now entered the ultimate phase of systems integration and validation on the first flight test vehicle as we submit brand new technology to in-depth tests,” said Mike Arcamone, president, Bombardier Commercial Aircraft. “While the process has taken more time than we had expected, we are pleased with the results and are very comfortable taking more time to ensure the required integration is finalized and the CSeries aircraft is cleared for its first flight.”


While in its final testing stage in preparation for first flight, FTV1 is undergoing important and complex pre-flight tests, including aircraft in the loop testing (ACIL). During ACIL tests, FTV1 is “flown" on the ground in a simulated flight environment. This will be followed by low- and high-speed taxiing.

The new CSeries jet is designed for the growing 100- to 149-seat market. Powered by Pratt & Whitney PW1500G engines, the new jet family will offer a 15 percent cash operating cost advantage and a 20 percent fuel burn advantage. The aircraft has a range of 2,950 nautical miles.

As of today, Bombardier has booked orders and commitments for 388 CSeries aircraft, which include firm orders for 177 CSeries airliners.