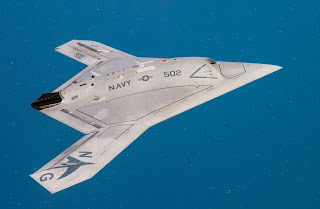 The U.S. Navy released a Request For Information (RFI) on Friday as part of a market survey to determine the availability, technical capability, and logistics capability of industry to provide specific information to Naval Surface Warfare Center (NSWC) Crane Division about Commercial Off-The-Shelf Close-Range Armed Unmanned Air Vehicles (CRA-UAVs). The RFI document includes CRA-UAVs that are developed but not yet in production, but can reasonably be expected to be in the status of test-ready articles for comparative testing in April 2019. CRA-UAVs include armed UAVs that have a range of up to 50 kilometers and endurance time of five minutes to six hours. “Ordinary Close Range-UAVs are usually used only for reconnaissance and surveillance tasks; however the CRA-UAVs that NSWC Crane Division seeks should be armed for immediate firing on targets found during reconnaissance and surveillance flights,” the Navy said in the RFI.


NSWC Crane is presently conducting this market survey seeking information from industry, U.S. government, and academia, to analyze alternatives and consider various CRA-UAVs for future procurement. These can be either hover-type or loiter-type CRA-UAVs.

The CRA-UAVs that NSWC Crane Division seeks should meet the following:

• Carry armaments which may include small arms, rockets, grenades, and less-than-lethal weapons and devices, or combinations of weapons and devices.
• Have a wireless remote safe, arm, and fire capability, allowing safe, arm, and either fire, or return to safe while in flight.
• Once armed, CRA-UAVs must be able to be remotely placed back into the safe mode, allowing the CRA-UAVs to safely return to the launch point.
• Be capable of single person operation (pilot is the gunner) or double person operation (pilot and gunner separate individuals).
• Be compatible with common tactical mobile Smartphones or other mobile devices.
• May include remotely-controlled gimbals or mounted remote firing stations.
• May include concepts for non-line of sight operation, such as signal repeaters.
Posted by Keith Stein at 12:04 PM

Does the compatability with smartphones and other mobile devices jeopardize the integrity of the security for these vehicles?