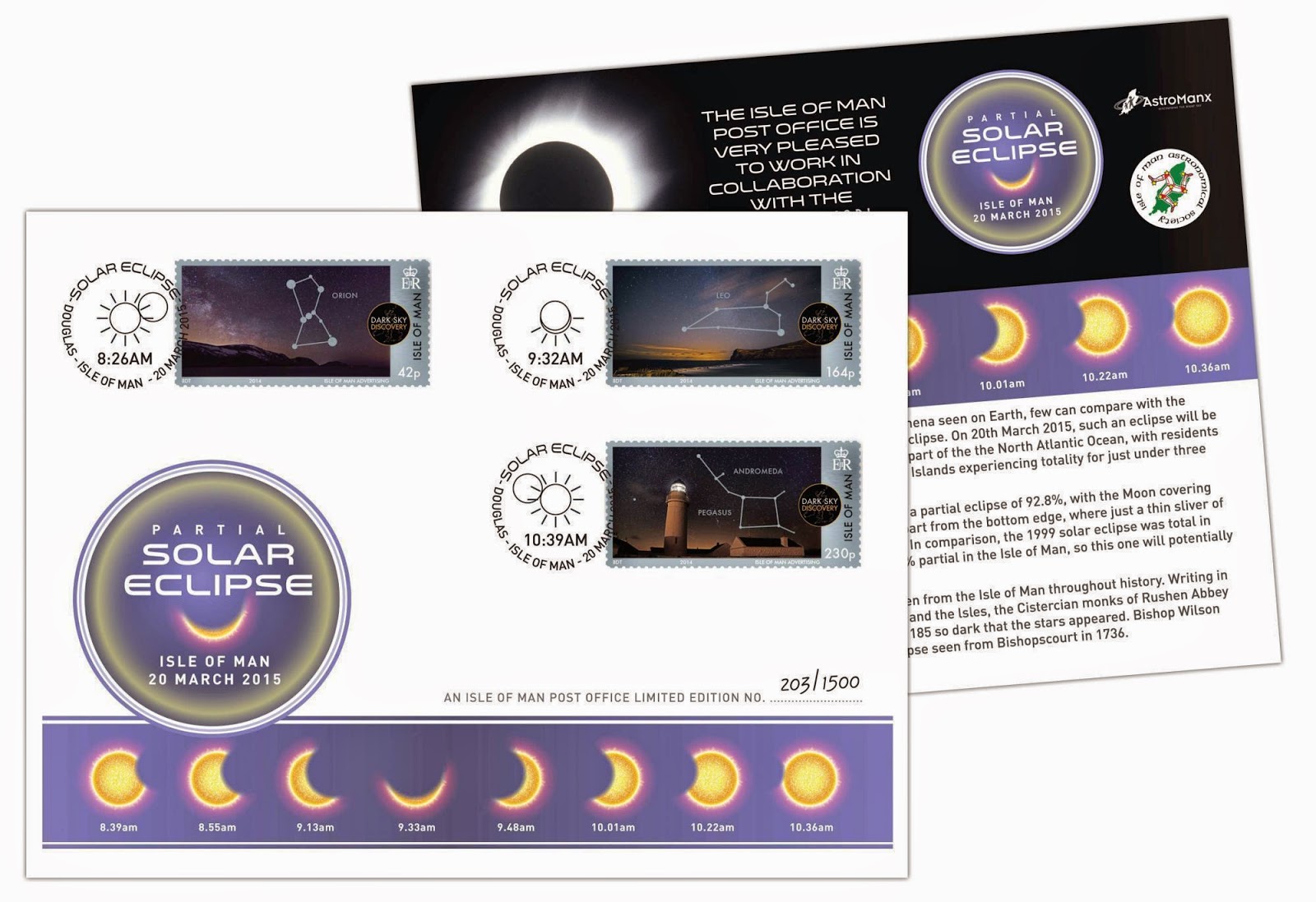 For the first time in 16 years, on Friday, a partial eclipse with the moon covering 92.8 percent of the sun will be seen over the Isle of Man. To mark the event, the Isle of Man Post Office will release a special limited edition cover to celebrate the eclipse.

The solar eclipse of 1999 saw only 88.2 percent partial coverage, making this year's potentially spectacular. Whereas, in the United Kingdom the proportion of the sun covered by the moon will increase towards the north, ranging from 84 percent in London to 89 percent in Manchester, 93 percent in Edinburgh, and 97 percent in Lerwick in the Shetland Isles.

Even if there is cloud coverage, a drop in light levels will be noticeable during the eclipse.