Video: Sky watchers on the lookout for new meteor shower

[This page is longer being updated.] 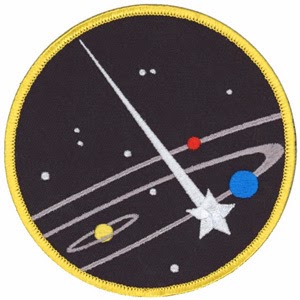 If predictions hold true, on Friday night Earth may experience a sandblasting of debris from comet 209P/LINEAR, resulting in a new meteor shower.

In 2012, meteor experts Esko Lyytinen of Finland and Peter Jenniskens at NASA Ames Research Center were the first to announce that Earth was due for a May 2014 encounter with debris from comet 209P/LINEAR. Other meteor experts quickly confirmed this prediction and some did use the words “meteor storm.” The most recent calculations, however, indicate we might get a strong shower, but perhaps not a storm of meteors.

What will you see? As with all meteor showers, the only way to know is to go outside on the night of the predicted peak and see for yourself.

The meteors will radiate from the constellation Camelopardalis (camelopard), a very obscure northern constellation.

Can't see the meteor shower from your location. Bookmark this page and stay tuned Friday night into Saturday morning for updates on where you can observe from online webcams.

Timeline of Events (all times Eastern Daylight Time)
Online resources:
[This page is longer being updated.]
Posted by Keith Stein at 11:11 PM