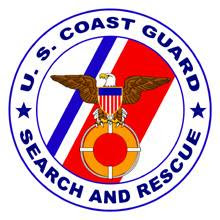 Members from the U.S. Coast Guard along with several local agencies are searching for one man and one woman near Coney Island Creek, N.Y.

Coast Guard officials at Sector New York, in Staten Island, N.Y., were contacted by the New York Police Department (NYPD), at approximately 8 p.m. EDT Thursday, reporting that a woman had gone missing while riding on a personal watercraft with a man. The woman fell from the watercraft and the man went missing after attempting to retrieve her. The two people were last seen in the water by two duty police officers and one off duty Coast Guard member, who witnessed the event and were the first on scene.

A rescue boat crew from Coast Guard Station New York, Fire Department New York marine units, and members of the NYPD marine, aviation and land units are all assisting in the search for the two people.

“This is a very unfortunate incident which further stresses the importance of water safety and of wearing your life jacket, especially while riding a jet ski,” said Lt. j.g. Alfred Betts, a Coast Guard Sector New York command duty officer.