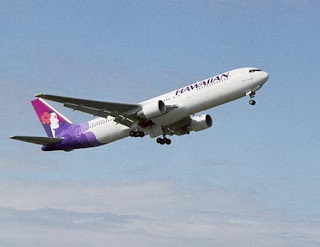 Hawaiian Airlines, Hawaii's largest and longest serving airline, has unveiled an Airbus A330 Full Flight Simulator (FFS) at its corporate headquarters to provide on-site training for its pilots. The airline announced the new addition in a company press release on Tuesday.

The simulator is manufactured by Sim-Industries, a subsidiary of LockheedMartin, and allows Hawaiian to continue its Advanced Qualification Program for pilots using the most advanced and sophisticated technology available. Hawaiian is the first and only Hawaii-based airline to have a FFS on-site for its pilots. The multi-million dollar investment is estimated to return $3.6 million in cost savings every year, the company said in a press statement.

“This means that Hawaiian Airlines' pilots can now complete their qualification at our facilities here in Honolulu," said Mark Dunkerley, Hawaiian Airlines president and CEO.
Prior to the installation of the FFS, Hawaiian utilized third-party simulation facilities in Florida at significant expense to the company.

Construction is currently underway for a new facility where the FFS is housed, and will include classrooms and offices for instructors and pilots.
There are currently 627 Hawaiian Airlines pilots, of which 233 fly the A330 aircraft. About 250 new and current A330 pilots are expected to use the FFS this year, with 26 instructors to lead the Advanced Qualification Program. Hawaiian currently has a fleet of 13 A330s, with nine more slated to be delivered by 2015, bringing the total to 22.

“The A330s are more fuel-efficient and have longer operating range than Hawaiian's fleet of Boeing 767-300 aircraft,” the airline said. The new A330s will allow Hawaiian to open new nonstop routes between Hawaii and visitor markets throughout North America and East Asia. Although, Hawaiian just launched their inaugural flight to Sendai, Japan, last week using Boeing 767-300ERs.