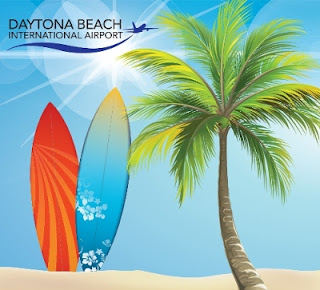 "It was a magic moment," said Rick Karl, director of Aviation and Economic Resources for Volusia County Government, which owns the airport. "Ironically, I got the news just minutes after briefing a room full of community leaders that JetBlue had not made its decision, but that our proposals had been well-received. When I returned to my office there was a message waiting for me: JetBlue had decided to add nonstop service between Daytona Beach and New York City."

Community backing included a "travel bank" funded by business professionals who have committed to purchasing tickets during the airline's first years of service and startup advertising dollars provided by Volusia County Government and the area's three tourism advertising authorities.

The influence of Embry-Riddle Aeronautical University also was a factor in the airline's decision to serve the Daytona Beach/DeLand/New Smyrna Beach area, which is within an hour's drive to the Orlando resort area.
Posted by Keith Stein at 2:41 PM