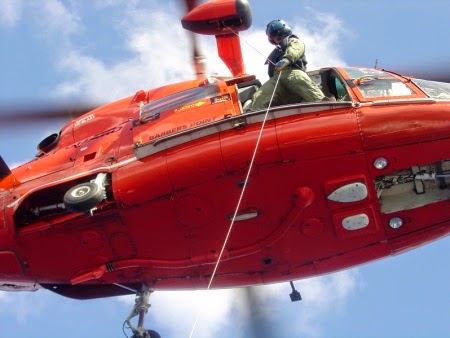 The U.S. Coast Guard has rescued all four passengers aboard a second single engine aircraft that ran out of fuel and ditched approximately 11 miles west of Oahu, Sunday.


A Coast Guard MH-65 Dolphin helicopter crew located and hoisted all four passengers. They were flown to Coast Guard Air Station Barbers Point where they were transferred to emergency medical services. The condition of the passengers is not known.

The pilot contacted the Hawaii Control Facility at Honolulu International Airport and declared an in flight emergency 30 miles west of Oahu. The pilot reported the aircraft was running out of fuel and they may have to ditch.

The single engine Cessna 172 (tail number N422BP) was flying from Hanapepe, Kauai to Kalaeloa, Oahu. The plane is registered to Barbers Point Flight School LLC in Kapolei, Hawaii, according to Federal Aviation Administration records. The aircraft was manufactured in 1977.

Three adults and one child were aboard the plane.