A United Launch Alliance (ULA) Atlas V rocket carrying a payload for the National Reconnaissance Office (NRO) lifted off from Space Launch Complex-3 on Friday at 10:19 p.m. EST. Designated NROL-35, the mission is in support of national defense.


"This mission was launched on the most powerful Atlas ever launched from California with more than two million pounds of liftoff thrust,” said Jim Sponnick, ULA vice president, Atlas and Delta Programs.

The satellite was launched aboard an Atlas V Evolved Expendable Launch Vehicle 541 configuration vehicle, which includes a five-meter diameter payload fairing along with four Aerojet Rocketdyne solid rocket motors attached to the Atlas booster. The Atlas booster for this mission was powered by the RD AMROSS RD-180 engine and the Centaur upper stage was powered by the inaugural flight of the Aerojet Rocketdyne RL10C-1 engine. 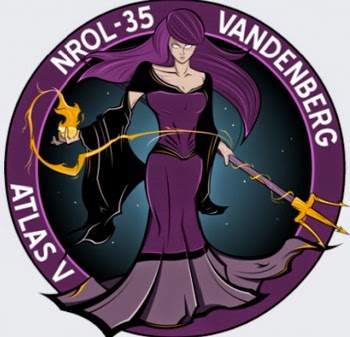 "We have been working closely with Aerojet Rocketdyne and our Air Force customers for several years to develop and extensively test this next-generation engine to enable the most reliable and cost-effective upper stage propulsion for our Atlas and Delta programs," said Sponnick.

ULA has successfully delivered more than 85 satellites to orbit.
Posted by Keith Stein at 10:23 AM