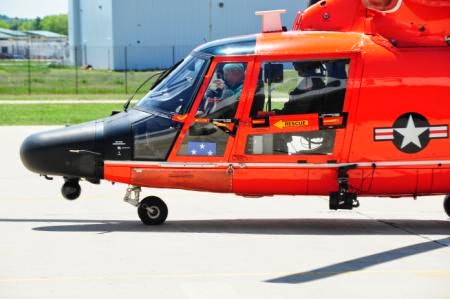 Shortly after midnight Sunday, the St. Louis County Fire Department (FD) reported that they had found the fuselage of an aircraft that crashed into Lake Superior on Saturday. The fuselage was located in 135 feet of water, with the pilot inside.

The U.S. Coast Guard suspended its search late Saturday for the pilot of the single-engine aircraft that went down about seven nautical miles east of Duluth, Minn.

The pilot's name and hometown are not being released at this time, the Coast Guard said in a press statement. Coast Guard search efforts were suspended shortly after sunset after completing 10 separate search patterns, covering 35-square nautical miles.

A debris field approximately 250 yards in diameter was located early in the search, and included jet fuel and the pilot's log book. The canopy, fuel bladder and tail section were also found.

The St. Louis County FD also located what appeared to be the plane's engine and propeller by using side-scan sonar and a remotely operated vehicle.

Plans have been made for divers to recover the body.
Posted by Keith Stein at 1:30 PM

I just learned about your page from a friend and I’m glad I did visit it; I found lots of interesting articles. I enjoyed reading and I’m gonna share it with my other friends too.

Awesome there, Great work, keep it up. I love returning back to this site and reading the quality content you always have on offer.