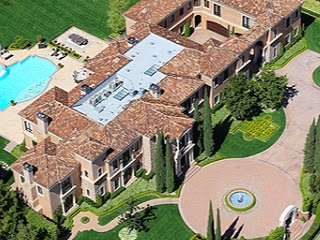 If you hear a strange sound in the air following you, it could be one of thousands of recreational drones given as presents for Christmas last month. Unfortunately not all drones (also called Unmanned Aerial Vehicles) are being used for entertainment.

Last December, a couple believed they were being stalked by their neighbor using a drone. Miley Cyrus and Selena Gomez where both spied on by paparazzi flying drones. Someone caused a riot by flying a drone onto the field during a soccer match last October. Drones are frequently used to drop contraband and weapons into prison yards. Airlines have had several close calls with drones. There are serious concerns that drones will be used by terrorists to cause harm. And they are even being used to spy on corporate activities.

To combat this growing problem, Drone Labs,LLC, a provider of drone-related technologies, announced the launch of its latest offering: Drone Detector. Much like a burglar alarm is used to detect home invasions, Drone Detector protects against privacy invasions. When a drone or drone operator is nearby, Drone Detector will alert you to their presence and give you the opportunity to respond to the threat.

"To be clear, most [drone] pilots are responsible, law-abiding people. We [at Drone Labs] are drone pilots ourselves. Unfortunately there are some bad pilots out there who don't follow the rules," said Drone Labs CEO and co-founder Zain Naboulsi. "We are committed to protecting people from unwanted drone invasions."

The device isn't currently meant to detect military drones, but Naboulsi says it can easily catch recreational and commercial drones. Competing companies have tried to detect drones by listening for them, but sound signatures are easy to hide for flying drones and cannot detect ground or water-based ones.
Posted by Keith Stein at 1:18 PM